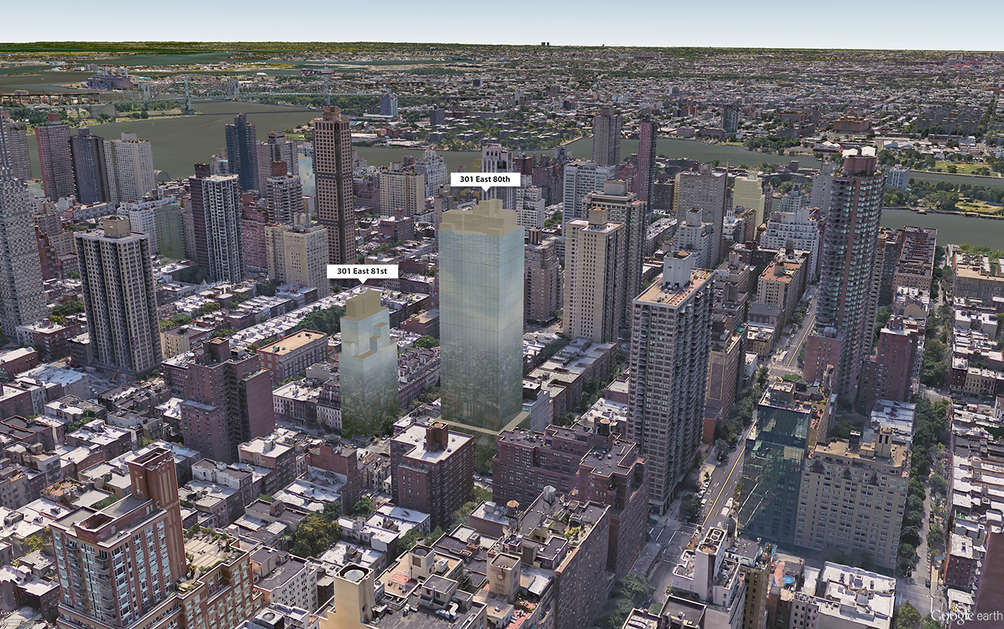 “The long wait for the Second Avenue Subway is finally over and developers are moving into high-gear to reap rewards along the line’s once-remote Upper East Side blocks. One of the most bullish developers to surface is Icon Realty Management who is moving full steam on not one, but two high-end condo towers on Second Avenue in the low 80s.

Icon, led by Terrence Lowenberg and Todd Cohen, submitted plans to the city for a pair of towers several years ago but have yet to fully reveal what exactly is in store. But now with construction permits fully approved, zoning diagrams have been made public showing us the scale and massing of the towers. The diagrams are also posted on-site where the taller building at 301 East 80th Street just reached street level and its shorter sister at 301 East 81st Street is about ten floors up.”
For full article